Paper backed booklet, cartoon cover illustration, 4”x 3”, pp. 62. The style of the cover is more Edwardian, but it carries the printed date for 1927.

Category: THE GIFT OF LAUGHTER

The railways have been the butt of jokes and social satire ever since the earliest days. When they gave poor service, or deliberately cheated the customer, they richly deserved it.

“Are these sandwiches fresh?”

“I dunno. I’ve only worked here a fortnight”. – Punch

Take for example the Manageress of the Refreshment Rooms “Mugby Junction” –a thinly disguised Rugby, where in the days before on board refreshment vehicles, an entire trainload of passengers would attempt to take lunch or dinner in 20 minutes. The female personage concerned travelled to France at her own expense, visiting railway refreshment rooms to pick up new ways of being disobliging and rude to customers. 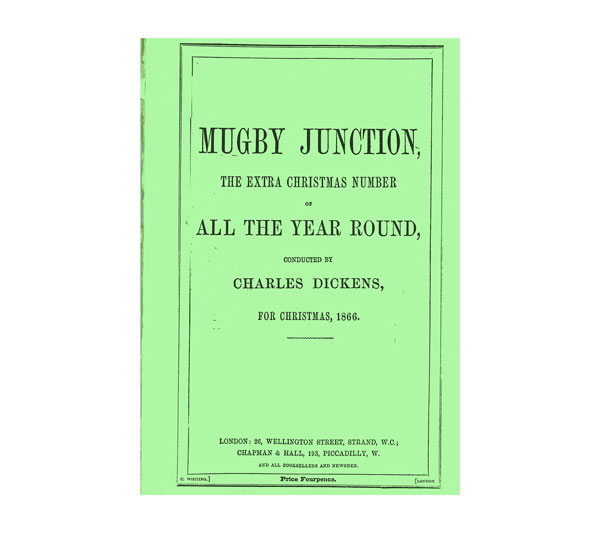 Of course, passengers were often out to cheat the railways too.

“That Child looks too old to travel free of charge”. 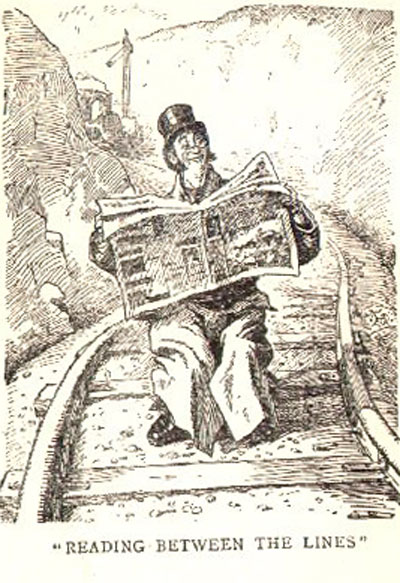 There was one instance of a Railway Company taking a humorous look at itself, when as part od its Centenary Celebrations in 1935, the Great Western let the anarchistic s illustrator, Heath Robinson

loose to explore some of its “history”.

“Best Railway Stories” is a little different from some of the others as it appears to be intended as a source book for after dinner speakers. Some of the items are almost certainly culled from actual speeches by senior railway managers to railway staff.

There is one about a young man who enquired of a Commercial Training College what it would cost to train him as a railway General Manager. “I am afraid it would take at least ten years and several hundreds of pounds of fees. But for £50 down and about six months training we could qualify you to be a Member of Parliament, then you can tell railway General Managers what to do!”

One or more of these modestly priced items, downloaded onto a memory stick, would make an unusual Christmas present, giving hours of pleasure and entertainment !