Home / Products / “FOR King and Country” In Remembrance of the Brave Men of the Midland Railway who Gave Their Lives in The Great War,1914-1919. Anon. Midland Railway 1921 [ebook]

Hard cover book, 10”X 11 blue-grey cloth, gilt embossed titles and decoration, pp.72. One illustration, the Midland Railway War Memorial at Derby. It also lists all the Company’s employees killed or missing on active service, decorations British and foreign for acts of bravery or meritorious service, and some of the munitions work carried out by Derby Works. Correctly it gives the War dates as 1914-1919, as Peace was not officially declared until after the signing of the Versailles Treaty in the latter year.

Categories: The Great war Centenary, LMS Group, TRANSPORT IN WARTIME Tags: FOR King and Country, In Remembrance of the Brave Men of the Midland Railway who Gave Their Lives in The Great War, 1914-1919. Anon. Midland Railway 1921

A strange episode is recorded where two employees took part, unsuccessfully, in a raffle for two Victoria Crosses. Rather meanly, these were awarded to a group of around eight men, with instructions that they draw lots to find who would actually get the medals.

Copies of for King and Country were sent to all bereaved next of kin, and in an introductory letter, General Manager Frank Tatlow, regrets that had not been possible to invite all to the unveiling, because of the sheer numbers involved, but undertook to provide free passes to bereaved families who wished to see their loved one’s name as carved on the memorial.One assumes that this applied only to free passes over the Midland Railway only.

Amongst others, the Midland loaned two outstanding men to the Government for the Great War. They were (Sir William) Guy Granet, GBE ( 1867 – 1943) and (Sir) Henry Fowler,KBE (1870 – 1938.Note, as these honours were awarded for Government Service, they do not appear in “For King and Country”.

(Cecil Paget, General Superintendent, Midland Railway, came from an army family, andjoined up on his own initiative, serving in the Railway Operating Division, Royal Engineers.He did not return to railway service after the war). 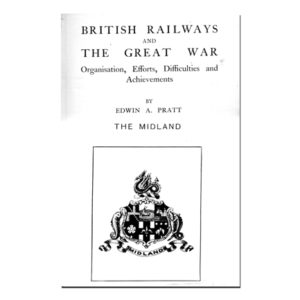 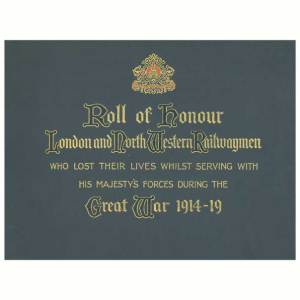 – it is nonetheless a fitting and dignified tribute to “The Fallen”.