Nameplates of the London, Midland & Scottish Locomotives 1947.  Booklet 6”x 4”, black and white, spot colours on cover, 64pp lists all of the LMS named locomotives at date of publication, with illustrations of sample nameplates for each class. Special attention paid to the “Royal Scot” Class, with dimensioned drawings of plates, descriptions of naming ceremonies, etc. Details given of the few remaining LNWR named locomotives still in service, and of the small number of named locomotives inherited from the Highland Railway with transfer lettered names. A most unusual publication. 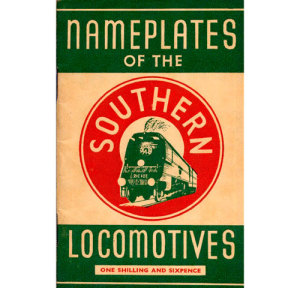 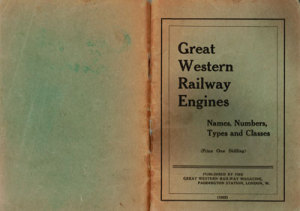 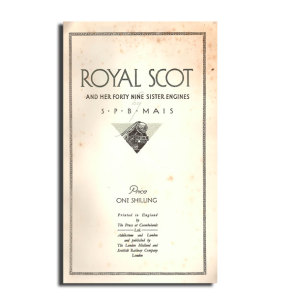