For most of the 19thc if it was desired to build a railway, then an Act of Parliament had to be obtained This was an expensive business, with hearings before a Select Committee which took evidence from both promotors and objectors, all represented by pricey lawyers, followed by votes in both the Commons and the Lords. The Act conferred powers to raise money, obtain land compulsorily, stop up or divert public roads, and protected the shareholders with limited liability. In exchange, there were stringent conditions laid down in the Railway Clauses Consolidation Act of 1845, and various other Acts imposing safety measures. There would be special provisions to protect the legitimate interests of objectors, which may have been agreed at the Committee stage, all of which were very expensive to comply with. This effectively precluded large areas of rural Britain from having rail communication, because the likely traffic could not justify the cost of obtaining an Act, and building a line to the required standard.

This situation was partly rectified by the Light Railways Act of 1896, which replaced the Parliamentary procedures with local hearings before Light Railway Commissioners, who reported their findings to the President of the Board of Trade. If satisfied with the report, he might then issue a Light Railway Order sanctioning the scheme. In some instances there might be a government grant to cover part of the cost of building the line, and local government bodies were permitted to contribute, usually to the extent of no more than the yield from a 1d local rate.  As the name suggests, light railways were built to a “lighter” standard than normal, so far as rails and track components were concerned, (they might even be narrow gauge), and did not  necessarily have to provide platforms at all stations, or gates at all level crossings, or sophisticated signaling systems. In return for these concessions, restrictions were applied to the weights of locomotives and rolling stock, and a maximum speed limit imposed.

All of which sounds quite straightforward, and then one comes across a case like this, a legislative tangle early in the history of what would become the Welsh Highland Railway.

The North Wales Narrow Gauge Railway was a 1 ft 11 1⁄2 in. narrow gauge line running from Dinas toBryngwynn, which was authorised by Act of Parliament 1872. The same act authorised a branch from Tryfan Junction to South Snowdon. Subsequently the railway chose to regard the line from Tryfan Junction to Bryngwyn as the branch. It was not therefore a  ”light railway”, although it had many of the characteristics of one, but a railway with full Parliamentary powers, and the obligations which went with them.

The line from Dinas to Rhyd Ddu was built and operated, but this was just a small part of the grand scheme for a network of narrow gauge railways spanning much of north Wales. An Act of Parliament in 1885 authorised an extension northwards to Caernarfon, which was not built and a Light Railway Order of 1900 authorised an extension southwards to Beddgelert which was started, bt unfinished because of lack of funds

A further part of the scheme was the North Wales Narrow Gauge Railways (General Undertaking) which planned a route from Portmadoc to Beddgelert, where it would meet the Rhyd Ddu-Beddgelert extension. From there the line would have been routed via Capel Curig to Betws-y-Coedd A further branch would have extended the line from Betws y Coed to Cerrig-y-Drudionn where the railway would meet the planned Ruthin and Cerrig-y-Drudion Railway.

The General Undertaking was authorised by Act of Parliament in 1872 but officially abandoned in 1876, when it became obvious that investment would not be forthcoming. By the time of the 1906 LRO the NWNGR had passed into the control of business men interested in the development of hydroelectric power. The railway line offered a “pole” route for power transmission cables, free of charge. Additionally, this group promoted the                                                                                                Portmadoc, Beddgelert and South Snowdon Railway to take over the NWNGR powers for the line from South Snowdon, and complete thence to Portmadoc via Beddgelert, with powers to use electric traction.  As an additional complication parts of the Croesor Tramway, neither a light railway nor a statutory undertaking, but a private line, paying wayleaves to the owners of land traversed, were to be taken over.   The PBSSR company later applied for and obtained this light railway order to build from Beddgelert to Rhyd Ddu and commenced construction on that section around 1906. This LRO also addressed other matters affecting the route from Beddgelert onwards, and consolidated powers granted by the order of 1900. Alas! Shortage of money, the Great War and subsequent recession would mean that 16 more years would come and go before the Aberglaslyn pass would echo to a steam locomotive whistle, and the little electric locomotives which might have been used, would never leave Bruce Peebles’ yard in Edinburgh. 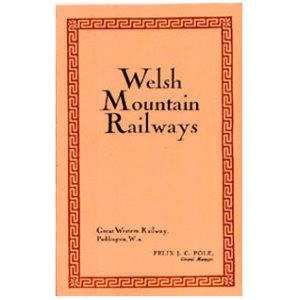 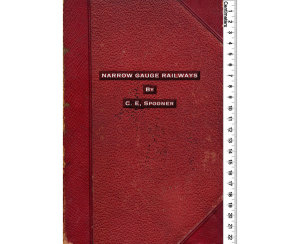