RMSBerengaria began life as SS Imperator, built for the Hamburg America Line (Hamburg Amerikanische Paketfahrt Aktien Gesellschaft, or HAPAG), launched in 1912. Upon launch, she surpassed the just completed RMS Titanic by 24 ft., and she herself was surpassed the same year by SS Vaterland by 44 ft. She was the first of a trio of successively larger Hamburg America ships that included SS Vaterland and SS Bismarck built by the line for transatlantic passenger service. At the time of her completion in June 1913, she was the largest passenger ship in the world, surpassing the Titanic’s sister ship the Olympic.
In August 1914, as World War I began, she was laid up at Hamburg. The propaganda disaster that would have followed her sinking or capture could not be risked. She remained inactive for more than four years, falling into a dilapidated state. Following the 11 November 1918 Armistice, Imperator was taken over by the Allied Food Shipping and Finance Agreement, and allocated to the United States for temporary use as a transport alongside Vaterland (now renamed SS Leviathan) taking American service personnel home from France. Decommissioned in 1919, Imperator was transferred to the British Shipping Controller on 20 September, and it was decided that she would be handed to Cunard as reparation for the torpedoed Lusitania.
The ship was renamed after the English queen Berengaria of Navarre. Many Cunard ships had been named for parts of the Roman Empire and had names that ended in “ia”. RMS Berengaria, like many, but not all, Cunard ships, kept the “ia” ending to her name but, like several Cunard ships before and after, was not named after a province of the ancient world.
The ship arrived at Southampton on Sunday 10 December 1919 and then proceeded to Liverpool for what was planned to be a quick overhaul (she was scheduled to leave on her first voyage for her new owners on 10 January 1920). However, upon inspection, ship was found to be in a poor condition. On top of four years neglect in Hamburg almost a year as an overcrowded trooper had done her no favors. Internally she was in a disgusting state thanks to insufficient “Heads” for the numbers carried. During dry-docking on 6 January, it was found that the ship’s rudder had a piece missing and her propellers were suffering from erosion on their leading edges. These issues were attended to while the ship was refurnished with items borrowed from the Cunard vessels Transylvania and Carmania. Merseyside was scoured for skilled craftsmen to put the interior to rights.
It was at this stage that my maternal Grandfather became involved. He was a fully qualified ship’s carpenter, a true craftsman in wood, who had been unable to work for some time due to arthritis. Following some improvement in his health he had set up as a small one-man business in a shed behind the little shop which Grandmother had taken to feed the family. Cunard were offering excellent wages, so he closed down for a while, and went to work on board. One day, seated on the floor with his back against a bulkhead, he unpacked his lunch including some sandwiches, and a boiled egg which he put down on the slightly sloping deck where it rolled two or three feet away, intending to eat it after the sandwiches. He turned to his haversack to get the stone bottle of ginger beer which was to be his liquid refreshment. When he moved his head again, there was a rat, attempting to get a grip on the egg to take it away. His first reaction was to throw something, but with a sandwich in one hand and the ginger beer in the other, his only drink after some thirsty hard work, he hesitated – and another rat appeared! Grandfather expected a fight, during which he might retrieve the egg, but no luck. The first rat lay on its back, while the second pushed the egg onto its belly where it was securely held by four paws. The second rat then grasped the tail of the first firmly in its mouth and towed rat and egg rapidly out of sight.
Despite her German heritage, Berengaria served as flagship of the Cunard fleet until she was replaced by her sister ship, RMS Majestic (also German; ex-Bismarck), in 1934 after the merger of Cunard with White Star Line. In later years, Berengaria was used for discounted Prohibition dodging cruises, which earned her the jocular nickname “Bargain-area”.
Towards the end of her service life, she suffered several electrical fires caused by aging wiring, and Cunard-White Star opted to retire her in 1938. She sailed for the River Tyne under the command of Captain George Gibbons and was scrapped down to the waterline. Final demolition took place only in 1946. 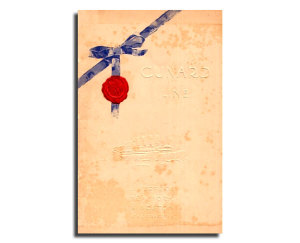