The original New Street station (the subject of this booklet) opened in 1854. At the time of its construction, the station had the largest single-span arched roof in the world, but this was badly damaged by bombing in WWII, and had to be demolished, being replaced by “temporary” platform awnings which remained for nearly two decades.

In the 1960s, the station was completely rebuilt, this being partly funded by selling the air-space above the station to developers.. The result was an enclosed station, with buildings over most of its span. Changing trains at peak hours was a dystopian claustrophobic nightmare and with passenger numbers rising to more than twice those it was designed for, the replacement was not popular with its users, having a customer satisfaction rate of only 52% – the joint lowest of any Network Rail major station.

A £550m redevelopment of the station named “Gateway Plus” opened in September 2015. It includes a new concourse, a new exterior facade, and a new entrance on Stephenson Street. 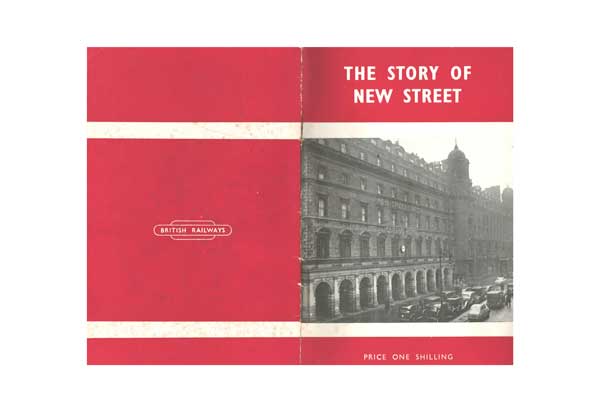