The Un-Beaten Track by Collie Knox, with Message from the Prime Minister, Cassell and Company, 1944[ebook] 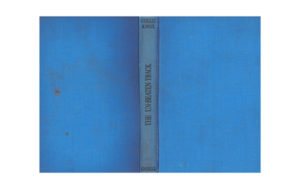 The Un-Beaten Track by Collie Knox, with Message from the Prime Minister, Cassell and Company, 1944.

Hard back book in wartime economy blue coth binding, 5”x 7.5”, pp. 199, 9 B&W half tone illustrations. This book has a rather silly title, which makes it sound like another of S.P.B. Mais “rambling from the railway” booklets. It is not. It is in fact an account of the railways of Britain during the war years up to 1944, written another of that coterie of freelance journalists clustered round “Punch” magazine, who could turn their pen to any subject, even if , as Knox admits he was largely ignorant about railways. It is written in a rather flippant style, ( he apparently had a humourus programme on the “wireless” on Friday evenings)which I have to admit I found irritating after a while, but reading between the lines there was a serious purpose behind it.

Copy and paste this URL into your WordPress site to embed

Copy and paste this code into your site to embed