Brochure thick paper covers 12.5”x 8.5”. Unpaginated. Six pages of detailed specifications for locomotive and tender. Weight diagram. Twenty four folding plates the largest of which is 12.5”x 25.25”. They include engine and tender showing overall dimensions elevation and plan of engine sectional and front elevation, interior of cab, boiler arrangement and plan of motion Similar drawings are provided for the tender. There is also a gradient profile London to Shaftholme Junction.

With these drawings I reckon that you could build your own Gresley A1 Pacific (4472 reclassified A3 later) all you need now is Doncaster Plant!

This copy once belonged to R. H. R. Garraway, father of A.G.W. Garraway sometime General Manager of the Festiniog Railway. R.H.R. was born in 1894 and had a distinguished career in the motive power department of the GER and its successors from 1911 to 1954. He started as a premium apprentice at Stratford in 1911. He volunteered and served in the army from January 1918 to 1920 mainly in Egypt as a Foreman Fitter in the Quartermaster Sergeant in Kantara. After demobilisation in March 1920 he supervised locomotive repairs at Woolwich Arsenal for a while. He returned to main line railways as District Mechanical Inspector at Peterborough and was from 1921 Assistant District Loco Superintendent at Cambridge (the post which he held at the time of the British Empire Exhibition at Wembley. From 1941 he was District Loco Superintendent at Lincoln until his retirement on 1st January 1955. He became a director of the then Festiniog Railway Society in the year of his retirement and worked on that line in a variety of volunteer capacities for several years. He died in 1972. 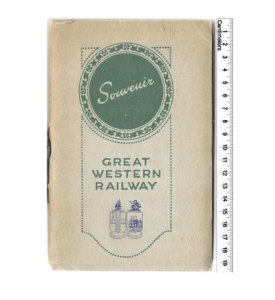