There are various articles which draw comparisons with the last Naval Review in 1912, as distinct from the test mobilization review in 1914, and the naval career as cadet, midshipman and junior lieutenant, of George VI, including his presence in one of the battleships engaged in the fighting at Jutland 1937. (His service was possible, because like his father George V, who also served in the Royal Navy as young Prince, at the time he was the “Spare” not the “Heir” . Other articles deal with “British Warships of Today” and “Foreign Warships at the Review”. Visitors included the “Admiral Graf Spee” from Germany, tactfully described as named “after the German Admiral of Great War fame” without reminding readers that he went down with his ship having been defeated at the battle of the Falklands. One of the most memorable features of the Review was the contribution to the festivities by Lt. Commander Tommy Woodroofe, R.N., who is perhaps best known for his live radio broadcast in the evening from “H.M.S. Nelson” , when after a convivial afternoon being generously entertained by former shipmates, took to the microphone, in what can only be described as an “illuminated” condition. Full transcripts are not easy to find, but in the interests of history, this appears to be the fullest available…

“Once again we’re taking you on board HMS Nelson for a description of the scene at Spithead tonight by Lieutenant-Commander Thomas Woodrooffe”.

At the present moment, the whole fleet is lit up. When I say ‘lit up’, I mean lit up by fairy lamps.

Now, if you’ll follow me through … if you don’t mind … the next few moments… you’ll find the fleet doing odd things. At the present moment, the New York, obviously, is lit out … and when I say the fleet is lit up … in lamps… I mean, she’s outlined. The whole ship’s outlined…. In little lamps. Umm.. what I mean is this. The whole fleet is lit up. In fairy lamps, and … each ship is outlined.

Now, as far as I can see is about … I suppose I can see down about five or six miles … ships are all lit up.

In a second or two, we’re going to fire rockets, um, we’re going to fire all sorts of things (indistinct). And.. you can’t possibly see them, but you’ll hear them going off, and you may hear my reaction when I see them go off. Because … erm … I’m going to try and tell you what they look like as they go off. But at the moment there’s a whole huge fleet here. The thing we saw this afternoon, this colossal fleet, lit up … by lights … and the whole fleet is in fairyland! It isn’t true, it isn’t here!

I’m trying to give you, ladies and gentlemen, (indistinct) the fleet’s gone. It’s disappeared. I was talking to you … in the middle of this damn (he cough’s), in the middle of this fleet … and what’s happened is the fleet’s gone, disappeared and gone. We had a hundred, two hundred warships around us a second ago, and now they’ve gone, at a signal by the Morse code, at a signal by the fleet flagship which I’m in now, they’ve gone, they’ve disappeared.

For some reason, Tommy was very lucky. Sir John Reith, a tall thin, dour, cadaverous, humourless, Scotsman (Winston Churchill once described him as “That Wuthering Height”) the Director General of the BBC, was a strict disciplinarian. Involvement in a divorce brought dismissal, and radio news readers at night had to wear dinner jackets and bow ties, despite the fact that no one could see them.

Perhaps he did not hear the broadcast, and only had a “censored” version reported to him, but Tommy was only suspended for one week, and went on to do outside broadcasts for many years, with no further lapses from sobriety . 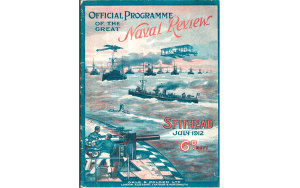 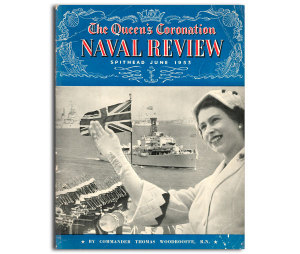