John I. Thornycroft the naval engineer who built torpedo boats and destroyers in his shipyard on the Thames at Chiswick, also formed the Thornycroft Steam Carriage and Van Company which built its first steam van in 1896. This was exhibited at the Crystal Palace show, and could carry a load of 1 ton. It was fitted with a Thornycroft marine launch boiler. As can be imagined space in the cramped shipyard was at a premium (shipbuilding activities were moved to Woolston, near Southampton in 1908) and the only available building which could be used to  build the van was the former sculpture studio of Thomas Thornycroft, John Isaac’s father. This was far from ideal, as it contained the full size maquette of the enormous statue of Boadicea and her chariot, commissioned by Prince Albert before his death. After the Prince Consort’s demise, interest in the project waned, and money was not forthcoming to have it cast in bronze, but permission to break it up was consistently refused. The steam van builders had to knock the forelegs off the horse to make some room to work. Eventually Sir John had to pay for the casting, and the firm’s first road vehicles were built in the former studio.

A modified version of the steam wagon with a 6 cubic yard tipper body was developed for Chiswick council in 1896 and went into service as a very early self-propelled dust-cart While the original 1896 wagon was front wheel drive with rear wheel steering, the tipper dust-cart had rear wheel drive and front wheel steering. In 1898 they built what is thought to have been the very first articulated lorry, also a prize winner. These vehicles may have had advanced steam technology but with their enclosed wooden cabs, they had a distinctly home-made appearance. The van looked like a travelling pigeon loft, the tipper’s resembled a Punch and Judy stand and the artic. had the appearance of a rampaging garden shed towing a trailer.

Thornycroft’s first petrol vehicle was built in 1902 and the company completed the move into internal combustion engine power in 1907. Thereafter the vehicle building firm and the marine side were separate companies. They were taken over in 1961 Associated Commercial Vehicles Ltd, and production was limited to two or three of the former Thornycroft models.  ACV was then taken over by Leyland in 1962, another nail in the coffin of the British Automotive industry and Thornycroft’s Basingstoke factory was closed in 1969.

This is a well-produced, well-illustrated book, with a good selection of photos covering the range of vehicles from the early days  up to 1946. £3-00P.

You may also find the following of interest. 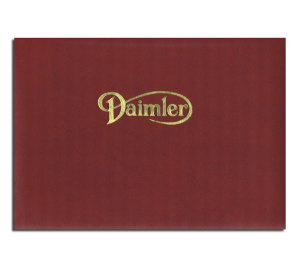